You’ve been using Facebook for a while now and things are going great.

You’ve built up a nice network of friends and family, you share interesting content regularly, and you’ve even started dabbling in a bit of light marketing by promoting your business on your personal profile. But then, one day, you go to log in and…you’re in Facebook jail.

Suddenly, all your account privileges have been revoked and you can’t even post on your own profile, let alone access any of the other features you normally use. So, what is Facebook Jail and how to avoid it? 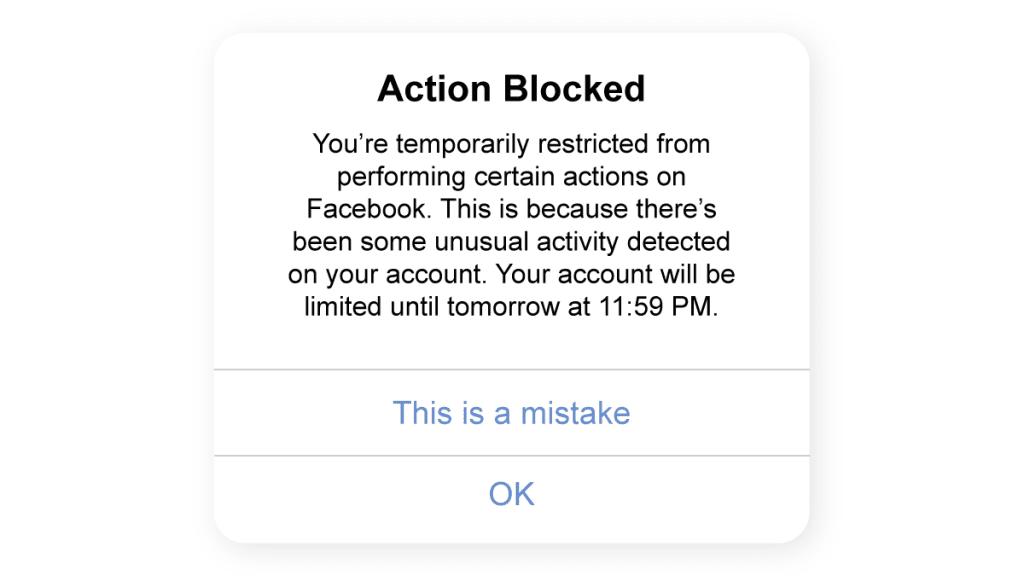 For those who don’t know, Facebook Jail is when your account is temporarily suspended or blocked for violating the site’s terms of service. While it’s not a permanent ban, it can be a major pain, especially if you’re relying on Facebook to promote your business or connect with loved ones.

For example, let’s say you’re constantly sharing links to your website on your personal profile instead of your business page. That’s technically against the rules, and if Facebook catches you doing it enough times, they may decide to put you in “jail” as a way of punishing you.

Or maybe you’ve been spamming people with private messages, asking them to like your page or buy your product. That’s also against the rules and could result in a temporary suspension.

There are a few reasons why people end up in Facebook jail.

The most common reason is spamming other users. This can include sending too many friend requests, adding people to groups without their permission, or tagging people in posts who have not given you permission to do so.

If you find yourself doing any of these things, stop! Another reason people end up in Facebook jail is by posting offensive content. This includes anything that is hate speech, (sexism, racism, homophobia, etc.), threatening language, or graphic images. Remember that not everyone wants to see that kind of content and it can be really offensive to some people.

If you wouldn’t say it in person, don’t say it online!
The last reason people end up in Facebook jail is by using a fake name.

Facebook requires everyone to use their real name on the site so that people can be held accountable for what they say and do.

There are a number of things that can get you put in Facebook jail, but some of the most common include:
• Posting offensive content
• Spamming other users
• Using profanity
• Posting pornographic content
• Promoting illegal activity
• Bullying or harassing other users
• Creating fake accounts
• Impersonating someone else
• If you repeatedly violate Facebook’s terms of service, you may even be permanently banned from the site.

The best way to avoid being put in Facebook Jail is to simply follow the rules. Make sure that you’re not spamming other users or posting inappropriate content.

If you’re not sure whether something violates Facebook’s Terms of Service, err on the side of caution and don’t post it. Additionally, be careful about the actions you take on your account; if something looks fishy to Facebook, they may put your account in jail as a precautionary measure.

Take care when liking or sharing posts from other people; if the post contains any questionable content, it’s best to avoid it altogether. Lastly, be mindful of the language you use in your own posts; even if you didn’t mean anything by it, something that seems harmless to you could be interpreted differently by someone else and result in a suspension.

The bottom line is that if you want to avoid being placed in Facebook jail, you need to play by the rules.

That means reading through all of

Facebook’s rules and guidelines (yes, all of them) and making sure that everything you do on the platform falls within those guidelines. It sounds like a lot of work, but trust me, it’s worth it. The last thing you want is for your account to be suspended right when you’re starting to see some real results from your efforts.