What can you do with a rooted phone?  The term ‘rooting’ applies generally to the modification of the operating system (OS) of your cell or mobile phone.

A rooted phone, specifically a rooted Android cell phone such as Samsung, is one that enables you to take full control of your phone.

If you do not have an Android phone, here are some comments on Jailbreaking an iPhone.

Given that rooting gives you total control over your cell phone, exactly what can you do with a rooted phone?  The only honest answer to that question is just about anything!

Your rooted phone belongs to you now, and you can do anything you want with it that the Android OS allows you to do. Here is what to do after rooting.

What Can You Do With a Rooted Android Phone?

Once it has been rooted, you can do many things with it.  Fundamentally, you will have a phone that belongs to you and not to the Android developers or to Google Play!

What can you do with a Rooted Phone?

You can do many things including removing all the pre-loaded software you will never use.

This is often referred to as Crapware or Bloatware: software that can bloat your phone by filling it up with useless apps.   Once rooted, you can remove any apps you never use.  Here are some other ideas on what to do after rooting your phone.

What to do After Rooting Your Phone

You can get access to the system files of a rooted phone.  As explained above, you can remove the bloatware that you will never use to free up memory for your own choice of apps.

Simply go to your application manager and remove unwanted pre-installed apps with a few taps.  This will release memory for you to use as you wish.

You may think that if you have Android 4.1 and above you can disable apps you don’t need – and you would be correct! However, ‘disabling’ them does not mean they are deleted. These ‘disabled’ apps still take up memory space.

You can remove (i.e. delete) unwanted apps with a rooted phone – but make sure you don’t delete apps essential to the workings of your phone!  You must understand the function of any app you decide to delete.

Then check out the available apps for rooted Android phones. There are lots of them – check some out by clicking on the link.

2. Customize the Appearance of Your Screen

Android users often find it difficult, if not impossible, to customize the appearance of their screen as they want it. They are stuck with the stock themes offered.  A rooted phone does not have this restriction.

You can install a number of themes and wallpapers suitable for Android without having to resort to what is available from the Google Store.

3. Increase RAM on Your Device

It’s always good to be able to increase the RAM in your cell phone. This enables you to install many more apps with a wide range of functionality.

If you find that your app count is limited on your phone, then rooting it enables you to significantly update your RAM.

Another thing you can do with a rooted phone is to back up many options that you would struggle doing with a standard Android device.  You can back up the apps you have downloaded, your contacts, SMS and your system settings. 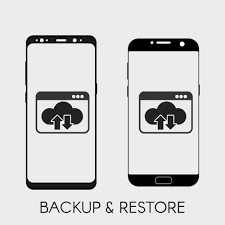 You can install backup apps on your rooted phone that not only make backing up easier, but that you can also use to schedule regular backups for your phone.

While we are referring to apps, it is important to note one other app-related benefit of rooting your phone. You will be able to install any .apk file without having to access the Google Play store.

APK files are essential if you want to install and run any individual Android software app on an Android mobile device.  If you root your phone, you can bypass the Google Play store to install your apps.

Many Android apps contain pop-up ads that often appear when you don’t want them to.  This can be extremely annoying.

By rooting your Google or Android cell phone, you can stop this from happening. It is possible to find apps that will block certain advert pop-ups although they generally don’t block them all. You may have to specify the ads to be blocked – rooting your phone enables you to block them all.

If you have a rooted Android phone, you can block specified websites without having to install ES File Explorer or Freedom which is a timed site-blocking app available on the Google Play Store.

You will not be restricted to Play Store apps, and can block websites using any method you prefer.

There are many custom Android ROMs available that can be installed on a rooted Android device. Among these are SlimRoms, Paranoid, and Resurrection Remix.  The best by far, however, is LineageOS. There are many other relatively unknown or new custom ROM designers whose work is not available from the Google Store.

If you are unhappy with the ROM on your device, then you can easily replace or enhance it if your phone has been rooted.

9. Make Full Use of Automation

There is a choice of apps available to automate your mobile phone. Tasker is one that is capable of automating anything that can be automated on your cell phone.

You can use it without rooting, although the functions that can be automated will be limited on a phone that has not been rooted.

Emulation is a means whereby you can imitate or duplicate the hardware and software of one system in another system. A rooted Android phone enables you to emulate some legacy devices such as Gameboy Advance and Playstation One.  Rather than explain how to achieve that here, you should check out our excellent Emulation on Android post on the subject.  Among other things, it shows you how to run the Windows 95 / 96 / XP operating systems on your rooted Android device.

The above suggestions describe only some examples of what you can do with a rooted phone.  Rooting a phone means that you own it.  You are not subject to all the automatic changes made by the manufacturer. The genuine answer to the question “what to do after rooting” is simply to enjoy your phone without the adverts and distractions but with the look and feel that you prefer.  You own your phone – so own the way it looks and the way it works!

What Else Can You Do With a Rooted Android?

What can you do with a rooted Android other than the above?

There are many things, and those above are just our selection.

One of the other things you can do is to get rid of the app you used to root your phone. If you used Kingroot, then expect to see adverts appearing now and again because that’s one way Kingroot finances itself.

Supersu is a copy of Kingroot – but one that is free of advertising pop-ups.  Use Supersu rather than Kingroot to avoid unwanted adverts. Nothing is more annoying than an advert appearing when you are involved with something. So one thing what to do after rooting is remove advert-promoting apps.

How to unroot a rooted device?

To unroot a rooted device, you can follow various steps.

Unroot by using a file manager

Root access is nothing but a bunch of files in your phone. All you need is to remove these files and the rooting will disappear.

Final Thoughts: What Can You do With a Rooted Phone?

So what can you do with a rooted phone? The above suggestions are simply a few of the benefits you get when you root an Android phone – and a few ideas of what to do after rooting.

There are many more.  What can you do with a rooted Android?  All of the above – and more!

Ettie Beverly is a passionate person who loves to expand his skill set. One such skill that fascinated him is the creation and management of WordPress websites. He likes helping out people in their difficult times without any expectations of a favor in return for help. In short, he likes to make other people's days better. And this is what motivated him to contribute insightful articles on DigiExe Blog.