Buying a New Camera: 3 Essential Things You Need to Know

Affiliate disclosure: In full transparency – some of the links on our website are affiliate links, if you use them to make a purchase we will earn a commission at no additional cost for you (none whatsoever!).

Before buying a camera, take some time to consider a few things. Otherwise, the camera chosen is not likely to be used a lot and could be a waste of money. Never just run out and buy what the sales person recommends. Inaccurate advice from staff in most electronics stores is often the norm. 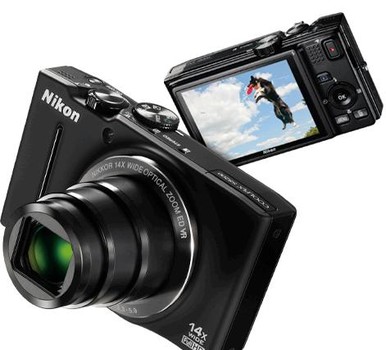 1. Choose Based on Need

Get a DSLR if pro level photos are desired. Entry-level DSLRs are reasonably affordable and usually come with a kit lens. For those who are into water sports, a waterproof point-and-shoot camera is a great choice. They also make a good choice for a child’s first real camera since they are made to be dunked in a pool and can withstand a drop.

Outdoor enthusiasts may benefit from a wearable or mountable camera in a ruggedised housing. Though they are limited in lens types, they can take a beating through activities ranging from mountain biking to whitewater rafting. They can be mounted on anything from a helmet to a motorcycle, which makes them an ideal choice for capturing the action while it is happening. Models are capable of shooting video and stills simultaneously as the action unfolds.

So it really does depend on what your needs are. If you want to get serious about photography or you’re perhaps about to enrol in a photography degree with a school like iDesigni, then you’ll probably need to spend a bit more. But if you are essentially just looking for something to take the occasional photo with, there’s no point spending too much – especially when your smartphone can do a pretty good job.

Pixel counts are the lure for consumers who know little about cameras – and they’re often just a ploy to get your attention. As long as the print sizes are not going to exceed 8×10, six megapixels is more than sufficient. The good news is that even basic cameras often exceed six megapixels. Instead, choose based on the quality of the digital sensor along with the capabilities of the lens or lenses. For point-and-shoot cameras, a lens that has the smallest f-stop number will gather the most light, which makes for better low light photographs.

3. Be Careful of Do-It-All Cameras

Some consumer level cameras tout a laundry list of features. However, the small devices cannot do all things well. Choose based on what is desired the most from the product. It is still better to have a camera for photos and one for video rather than one that does both. There are even limitations to video using pro level DSLRs that have video capability. The biggest issue is noise when zooming and poor audio quality when recording. Though convenient, consumer grade products that claim to be able to take great photos and shoot great video often have drawbacks not inherent in devices made for just taking photos or shooting videos.

Take time to consider how the camera will be used, where it will be used and by whom. This will reveal how rugged it needs to be. Also, it is a good idea to invest in a low-cost camera for use in areas where there is a much higher chance of it being stolen. Keep the good camera for specific photo opportunities, and use the cheap one as a daily carry camera, especially while on holiday.

Still unsure on what to buy? This Lifehacker article is pretty lengthy, but it will help you answer your questions and guide you towards what you actually need instead of what you want.

Jitendra Vaswani is the founder of SchemaNinja WordPress Plugin, prior to SchemaNinja he is the founder of many internet marketing blogs BloggersIdeas.com, Newsmartwave, and Digiexe.com. He is successful online marketer & award winning digital marketing consultant. He has been featured on HuffingtonPost, BusinessWorld, YourStory, Payoneer, Lifehacker & other leading publication as a successful blogger & digital marketer. Jitendra Vaswani is also a frequent speaker & having 5+ yrs experience of in Digital Marketing field. Check out his portfolio( jitendra.co). Find him on Google+, Twitter, & Facebook.

This site will soon be redirected to Imagestation.com